welcome to the physiotherapy clinic

Modified Pilates from The Australian Physiotherapy and Pilates Institute (APPI) is designed by Physiotherapists. It

combines Physiotherapy research into spinal stability with traditional Pilates exercises and breaks the exercises down into clearly defined levels to produce a gradual progression of load and control.

Pilates was originally developed by Joseph Humbertus Pilates. He was born in 1880 in Germany and as a young man, practiced Yoga, Zen meditation and exercise regimes of the ancient Greeks.

During World War I he was interned as a POW in England where he devised gentle exercise regimes for injured patients. These patients tended to recover faster than those not following his regimes.

Pilates exercises have many benefits: 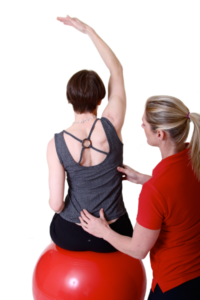 All Classes are full at present